Stress can come to family life now and there will be a real intolerance for people who enjoy being spontaneous. The emotional war that is taking place within you is taking it's toll on those close to you which can easily disrupt the domestic scene. You may notice some spasms of the stomach or ups and downs with your eyesight.

Here is where change is at its most unpredictable, as separations can suddenly occur from emotional bonds. Since the moon represents the emotions, the mother bond, the ties that bind us, then this is the time for removal either temporarily or permanently from present conditions. Those removals that are permanent allow you the freedom of being on your own whether wanted or not. Divorces and incidents of romantic disappointments and failure possible now and you should find a release for all of that pent up energy you are carrying around with you. Do anything that leaves you tired physically, just as long as you don't injure yourself. The Boy Scout Motto must have been invented during this transit, as it stands for "BE PREPARED," wide awake and alert, as infantile explosions of emotions are probable.

Sudden domestic changes that have been boiling up for some time have to let go and this is what this transit is famous for, as this is the "pressure cooker release mechanism" of the zodiac. You really won't care (at this time) about anything but being free, no matter what form it takes and people will see mood changes in you like Jeckle and Hyde. Unfortunately it will seem more like Heckle and Jeckle! It is an opinion that this is not the time to buy a home, or at least one you will be living in for a long time, as it can be here today and gone tomorrow.

Boredom can breed childish behavior now, or here is the prankster looking to play a practical joke on anyone in their path.

On the health front, ulcers and spasms can occur and exercise would be satisfying to the system or try a message to soothe the nervous system. Mood swings and bitchiness can also be expected.

Those things that have happened in the past can pop up and bring some very unpredictable emotional explosions now and secret unfulfilled desires are awakened to be satisfied.

In romance and marriage there can be separations and since there are so many people in this wide world of ours, you may hear news of a death. 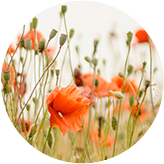 Your Personal Forecast 2021 will contain detailed day-by-day information about each and every area of your life, starting from your love life, professional path, financial success, family relations, travelling, interaction with people surrounding you at this time and much more. It will be your practical guide about the best ways to handle each and every situation you will encounter for the whole year, ensuring you get the best out of them... 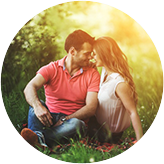 Your Compatibility Report will tell you...All the details about each and every area of your relationship, as well as the emotional needs, hang-ups and issues, the temperament of that person. You will learn exactly what each of you can bring into your couple and what is the relationship potential according to your both birth details. I will tell you how the two of you experience each other and I will also analyse your relationship from the perspective of each of you two... 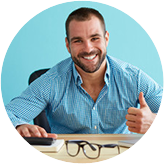 How your career will evolve ?
Discover all the planetary influences that can make your life better !
Career and vocational guidance will give you a detailed analysis of your Career Perspective, Strengths, Hidden Talents.
Prosperity Reading will analysis the financial aspect of your success and will show you the way to achieve Personal Wealth, and more precisely you will learn... 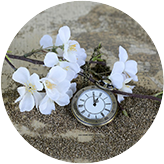 With this Reading discover how your Past Life Lives will help you move forward and develop your answerness of yourself and your future.
You will discover how to acheive the peace and harmony you need to delve into this valuable source of talent and information.
You will found out how you can boost your chances for success and fortune by bringing out elements of your Past...